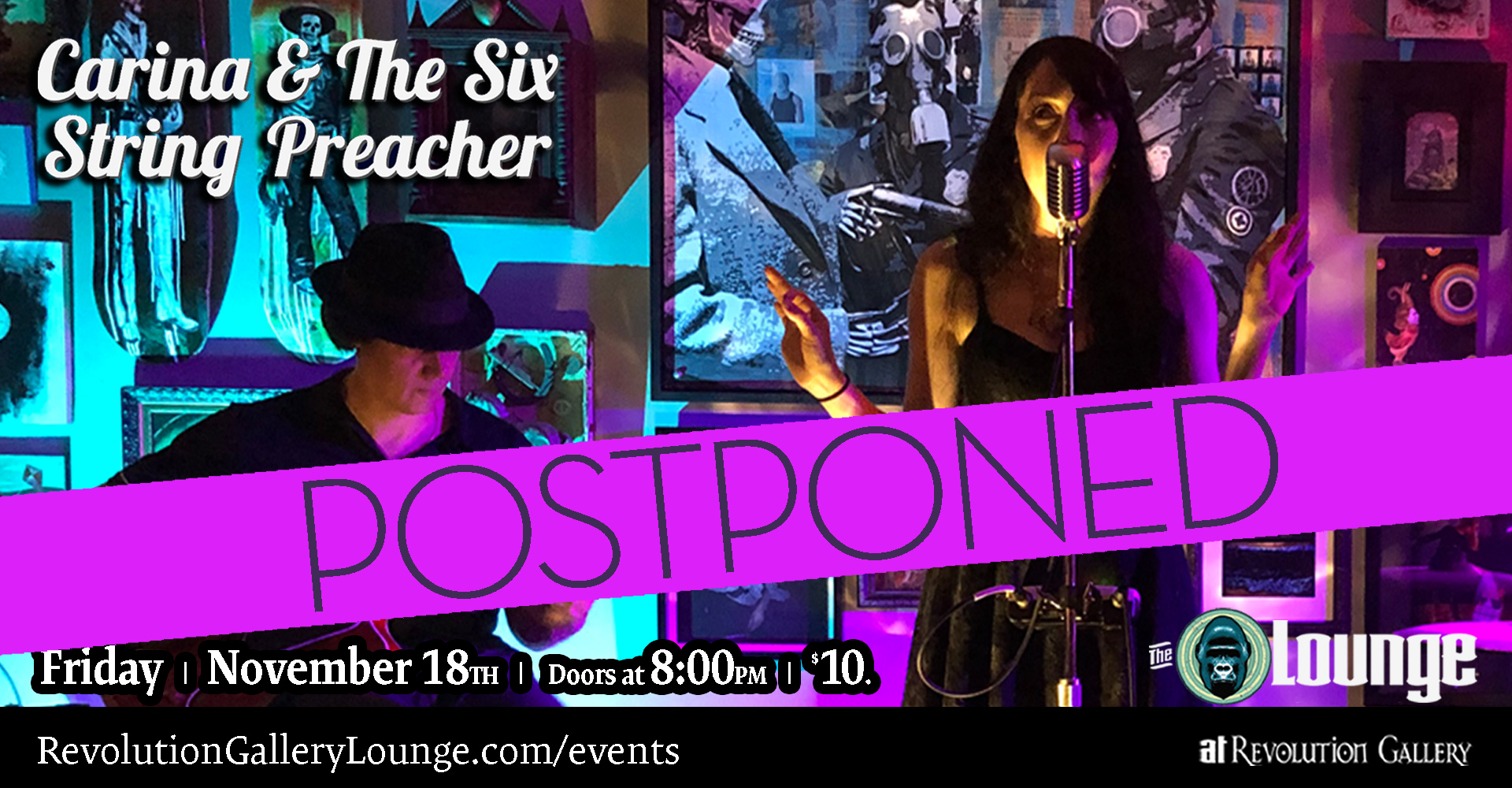 POSTPONED DUE TO SNOWSTORM

What is happening south of our city? SNOW. Lots and lots of SNOW. And just as with last night’s postponed event, tonight’s performance with Carina & the Six String Preacher is also postponed due to Southtowns’ musicians being snowed in. Add to that a driving ban from William street downtown to everything south of the city… well, it makes for a tough day.

We will schedule a new date in the not too distant future – until then, stay safe and stay warm!

The Lounge is always thrilled for the return of Carina and the Six String Preacher – with their spicy blend of crime jazz, surf, latin, and pop with a touch of blood and a dash of cinnamon, their signature sound is a modern day jazz noir with a twist.

They’ve since released three albums, including their most recent EP, “The Great Hideaway”. While recording their second album “Why You So Wild, Crocodile?”, the duo began making music videos on YouTube for the new songs off their forthcoming EP. Their videos have garnered thousands of views and followers from around the world. Recently joined by esteemed drummer Erik Eimiller in 2018, the band continues to perform at some of the most renowned venues and festivals in the region.